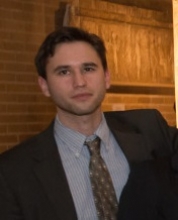 I am an MD-PhD student in the Department of Anthropology. My past research has involved ethnographic work in Russia concerning the adoption and adaptation of various addiction treatment modalities, particularly focusing on the proliferation of Twelve Steps-based models and the more recent introduction of opioid antagonist pharmacotherapy. My current research departs somewhat from these past engagements, while maintaining a broad concern with questions of how individuals and behaviors that are defined as deviant/dangerous become objects of scientific knowledge and subjects of evidence-based interventions within diverse institutional domains. My current project involves an ethnographic investigation of the emergence of a novel predictive policing technology within the context of an increasingly scientific and evidence-based field of criminal justice in the United States.