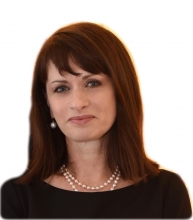 Lynn Meskell is Richard D. Green Professor of Anthropology in the School of Arts and Sciences, Professor in the Graduate Program in Historic Preservation, and curator in the Middle East and Asia sections at the Penn Museum. She is currently A.D. White Professor-at-Large at Cornell University (2019–2025). She holds Honorary Professorships at Oxford University and Liverpool University in the UK, Shiv Nadar University, India and the University of the Witwatersrand, South Africa. Previously, Meskell was the Shirley and Leonard Ely Professor of Humanities and Sciences in the Department of Anthropology at Stanford University. She is a Fellow of the Australian Academy of the Humanities. Over the past twenty years she has been awarded grants and fellowships including those from the Andrew W. Mellon Foundation, the National Science Foundation, the Australian Research Council, the American Academy in Rome, the School of American Research, Oxford University and Cambridge University. She is the founding editor of the Journal of Social Archaeology. Meskell has broad theoretical interests including socio-politics, archaeological ethics, global heritage, materiality, as well as feminist and postcolonial theory. Her earlier research examined natural and cultural heritage in South Africa, the archaeology of figurines and burial in Neolithic Turkey and daily life in New Kingdom Egypt.

Over the last decade, Meskell has conducted an institutional ethnography of UNESCO World Heritage, tracing the politics of governance and sovereignty and the subsequent implications for multilateral diplomacy, international conservation, and heritage rights. Employing archival and ethnographic analysis, her award-winning book A Future in Ruins: UNESCO, World Heritage, and the Dream of Peace (2018, OUP New York), reveals UNESCO’s early forays into a one-world archaeology and its later commitments to global heritage. Building on this research, she is currently examining the entwined histories of colonialism, internationalism, espionage and archaeology in the Middle East coupled with a new largescale survey project in Syria and Iraq to assess public opinion on heritage destruction and reconstruction. Other recent fieldwork explores monumental regimes of research and preservation around World Heritage sites in India and how diverse actors and agencies address the needs of living communities. Given the sheer scale and complexity of archaeological heritage in India, no nation presents a more fraught and compelling array of challenges to preserving its past.

Winner of Society for American Archaeology Book Prize in 2019.

The Nature of Heritage: The New South Africa, Blackwell: Oxford. 2012.

Winner of Choice Magazine’s Outstanding Titles for the year

Translated into French for Editions Autrement, Paris, in association with the Louvre Museum.

Individual Edition published by the History Book Club in 2003.

Translated into Greek in 2006.