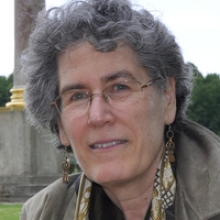 Naomi F. Miller focuses on the environment and land use in the ancient West and Central Asia through the study of plant macroremains. Through her interest in long-term vegetation change at Gordion, Turkey, she began to work on ways to preserve biodiversity as well as archaeological sites through the passive and active management of native vegetation. In addition to the archaeobotanical site report, Botanical Aspects of Environment and Economy at Gordion, Turkey (2010), she wrote and illustrated a short archaeological memoir, Drawing on the Past, An Archaeologist's Sketchbook (2002), both published by the University of Pennsylvania Museum. She has co-edited several books: The Archaeology of Garden and Field, with K.L. Gleason (University of Pennsylvania Press, 1994), Yeki bud, yeki nabud, Essays in on the Archaeology of Iran in Honor of William M. Sumner, with K. Abdi (Cotsen Institute, 2003), and Sustainable Lifeways: Cultural Persistence in an Ever-changing Environment, with K.M. Moore and K. Ryan (University of Pennsylvania Press, 2011). She maintains a website that provides bibliographies of archaeobotanical reports from sites in West and Central Asia (http://www.sas.upenn.edu/~nmiller0/). Along with Katherine M. Moore, she organized the ongoing Plants, Animal, People archaeobiology discussion group at the Penn Museum (For further information see: http://www.sas.upenn.edu/~nmiller0/pap.html).

2010 Botanical Aspects of Environment and Economy at Gordion, Turkey. University of Pennsylvania Museum, Philadelphia. To order: call (800) 537-5487 or visit website.
Data and color photos can be downloaded from the tDAR 'The Digital Archaeological Record' website.

2002 Drawing on the Past, An Archaeologist's Sketchbook. University of Pennsylvania Museum, Philadelphia.
To order: call (800) 537-5487 or visit website.

2013 Miller, Naomi F. Symbols of fertility and abundance in the Royal Cemetery at Ur, Iraq. American Journal of Archaeology 117: 127-133.