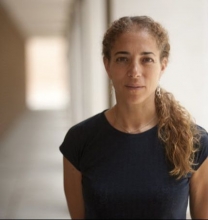 Deborah A. Thomas is the R. Jean Brownlee Professor of Anthropology in the Department of Anthropology at the University of Pennsylvania.  She is also core faculty in Gender, Sexuality and Women’s Studies, holds secondary appointments with the Graduate School of Education and the Department of Africana Studies, and is a member of the graduate groups in English, Comparative Literature, and the School of Social Policy and Practice.  She is also a Research Associate with the Visual Identities in Art and Design Research Centre at the University of Johannesburg.  Prior to her appointment at Penn, she spent two years as a Mellon Post-Doctoral Fellow at the Center for the Americas at Wesleyan University, and four years teaching in the Department of Cultural Anthropology at Duke University.  Her recent book, Political Life in the Wake of the Plantation:  Sovereignty, Witnessing, Repair (2019), was awarded the Gordon K. and Sybil Lewis Book Award from the Caribbean Studies Association in 2021, the Senior Book Prize from the American Ethnological Society in 2020, and was also the runner-up for the Gregory Bateson Prize in the same year.  She is also the author of Exceptional Violence:  Embodied Citizenship in Transnational Jamaica (2011), and Modern Blackness:  Nationalism, Globalization, and The Politics of Culture in Jamaica (2004).  She is co-editor of the volumes Sovereignty Unhinged:  An Illustrated Primer for the Study of Present Intensities, Disavowals, and Temporal Derangements (2023), Citizenship on the Edge:  Sex, Gender, Race (2022); Changing Continuities and the Scholar-Activist Anthropology of Constance R. Sutton (2022); and Globalization and Race:  Transformations in the Cultural Production of Blackness (2006).  Thomas co-directed and co-produced two films:  BAD FRIDAY:  RASTAFARI AFTER CORAL GARDENS (with John L. Jackson, Jr. and Junior “Gabu” Wedderburn), a documentary that chronicles the history of violence in Jamaica through the eyes of its most iconic community – Rastafari – and shows how people use their recollections of the Coral Gardens “incident” in 1963 to imagine new possibilities for the future; and FOUR DAYS IN MAY (with Junior “Gabu” Wedderburn and Deanne M. Bell), an experimental documentary that juxtaposes archives related to the “Tivoli Incursion” in May 2010, when Jamaican security forces entered West Kingston to arrest Christopher Coke, wanted for extradition to the United States, and killed at least 75 civilians.  She also co-curated a multi-media installation titled Bearing Witness:  Four Days in West Kingston, which opened at the Penn Museum in November 2017.  Thomas has published extensively in peer-reviewed journals across the disciplines.

As someone who has been interested in the afterlives of imperialism, in the forms of community, subjectivity and expectation that are produced by violence, and in how these are expressed and mapped, Thomas is currently working on a couple projects that continue to probe these issues, though in very different ways.  The first concerns the “Death of the West,” its models of sovereignty, and its conventions of knowledge production.  She is mapping this epochal shift through two contemporary Caribbean phenomena.  The first has to do with the massive investment by the Chinese state and Chinese companies into infrastructures and consumer markets throughout the Caribbean.  She is interested in these processes as harbingers both of a displacement of earlier colonial and imperial Western hemispheric relations, and as a reconstruction of pre-modern modes of empire-building.  Thomas follows the multi-faceted attempts to construct a deep-water port and logistics hub in Jamaica at various sites, and is interested in the forms of activism these attempts have produced, as well as in the rumors that have circulated in their wake.  The second site through which she is investigating the death of the West is the dismantling of modern sovereign notions of law and policing toward the hegemony of a risk-oriented security strategy that is tied to agendas related to urban renewal.  Here, she is interested in the effects of Public Law 114-201, which was passed by Congress in 2016 as the result of activism from the Jamaican Diaspora Foundation, among others.  She is following the initiatives that emerge from this law, and the debates and discussions between diaspora communities and representatives of the security forces in Jamaica, in order to shed additional light onto questions of extraterritoriality and sovereignty and onto how these questions are expressed in national, transnational, and diasporic terms.  Thomas has also begun a new film project on the Ethiopian Zion Coptic Church in Jamaica.

Prior to her life as an academic, Thomas was a professional dancer with the New York-based Urban Bush Women, a company that is committed to using art as a means of addressing issues of social justice and encouraging civic engagement, and that brings the untold stories of disenfranchised people to light through dance from a woman-centered perspective and as members of the African Diaspora community.  Thomas was also a Program Director with the National Council for Research on Women, an international working alliance of women’s research and policy centers whose mission is to enhance the connections among research, policy analysis, advocacy, and innovative programming on behalf of women and girls.  From 2016-2020, she was the Editor-in-Chief of American Anthropologist, the flagship journal of the American Anthropological Association, and was co-editor of the journal Transforming Anthropology from 2007-2010.  She currently also sits on the Editorial Committee of the Caribbean-based journal Social and Economic Studies.  Thomas has contributed to a number of professional associations, having been a member of the Executive Council for the Caribbean Studies Association from 2008-2011, on the board of the Association for the Study of the Worldwide African Diaspora (2012-2017), and the Secretary of the Society for Cultural Anthropology from 2010-2014.  She is currently the co-chair of the AAA Commission on the Ethical Treatment of Human Remains.

POLITICAL LIFE IN THE WAKE OF THE PLANTATION:  SOVEREIGNTY, WITNESSING, REPAIR, 2019

GLOBALIZATION AND RACE:  TRANSFORMATIONS IN THE CULTURAL PRODUCTION OF BLACKNESS, 2006

MODERN BLACKNESS:  NATIONALISM, GLOBALIZATION, AND THE POLITICS OF CULTURE IN JAMAICA, 2004

2016.  “Time and the Otherwise:  Plantations, Garrisons and Being Human in the Caribbean.” Anthropological Theory 16(2).

2013.  “The Problem with Violence:  Exceptionality and Sovereignty in the New World.”  Journal of Transnational American Studies 5(1).

2013.  “Globalization and Race:  Structures of Inequality, New Sovereignties, and Citizenship in a Neoliberal Era.”  Annual Review of Anthropology 42:305-325 (with Kamari Clarke).

ANTH 0020 Anthropology, Race, and the Making of the Modern World

ANTH6010 Contemporary Approaches to the Study of Culture and Society

ANTH 002 The Anthropological Study of Culture